IORP II: How the EU directive has reshaped the pensions industry 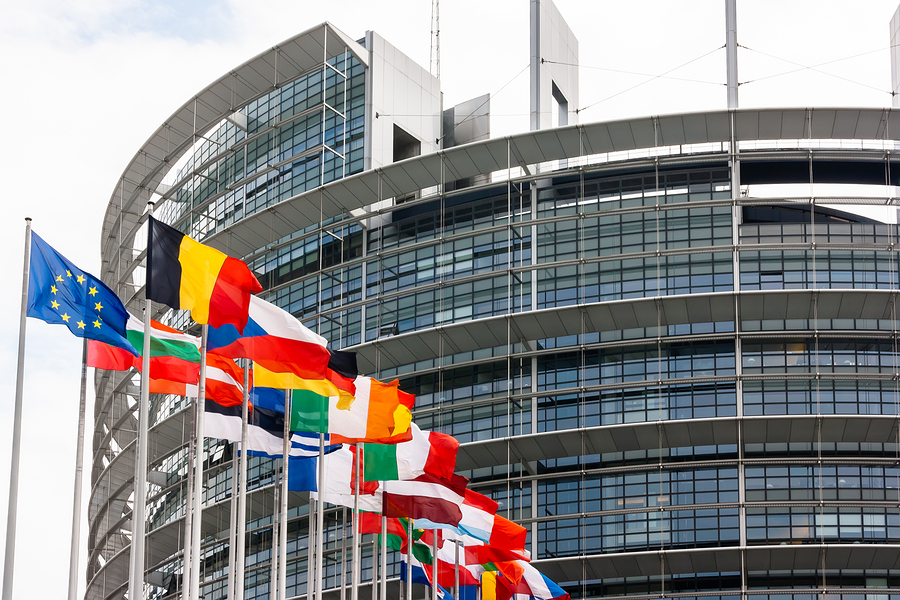 IORP II, the European Union’s sweeping reform of pension fund legislation, came into force on 13 January. It added 43 new articles to the original IORP directive and put a renewed focus on governance and communication standards.

The European Commission said this month that it would “carefully examine” how each member state has implemented the directive “to make sure that they fully deliver the new standards set at the EU level”.

The legislation has had a fraught conception. European regulators and lawmakers initially wanted to introduce a “holistic balance sheet”, which would have introduced a solvency framework for pension schemes across the EU. This was successfully fought off by member states including the Netherlands, the UK and Germany and never made it into 2017’s final text.

However, the EU’s sustainable finance initiative last year rekindled fears that lawmakers would try to harmonise rules across the bloc to the detriment of pension funds. The European Commission attempted to introduce so-called “delegated acts” legislation that would have given the EU more power to enforce new rules on the pension fund sector.

The European Parliament, made up of elected MEPs, has supported the idea, but the EU Council, representing national governments, has not. At the time of writing, the final text was yet to be agreed.

IORP II is set to have a positive impact on Austrian Pensionskassen as the country has done away with quantitative caps on how much funds can invest in different asset classes.

The legislation’s emphasis on pension funds having more control over their own risk management functions has put control over investment limits and currency hedges back in the hands of the funds themselves.

As Helmut Ettl, chairman of the board of Austrian regulator FMA, told IPE last year: “A lot of the risk management requirements in the IORP II directive are already part of the Austrian pension fund legislation.”

Andreas Zakostelsky, chairman of pension fund association FVPK, said Austria had “almost no need for amendments” as most of the EU directive’s standards for transparency, information, governance and risk management were already part of the domestic legal framework.

The resignation of Belgium’s prime minister Charles Michel in December threatened to derail the legislation implementing IORP II, but it was passed by the country’s caretaker government on 20 December.

National regulator the FMSA is understood to be preparing the publication of several “circulars” to provide further explanation and guidance about IORP II implementation, some of which are due out this quarter.

Until now, Belgian pension schemes had not been required to have a centralised, co-ordinated risk management function.

IORP II has had little impact in France as most pension providers do not qualify as IORPs.

However, the introduction in 2016 of France’s Sapin II law and the “fond de retraite professionalle supplémentaire” (FRPS) model has paved the way for a new type of pension fund that is subject to the EU directive.

In November 2018, Aviva France set up the country’s first FRPS and transferred €4bn of pension fund assets to the vehicle. Insurance group Sacra followed with a similar move this month.

More are expected to follow as insurers seek to move pension assets out from the restrictive Solvency II framework.

German pension fund association aba has been among the most vocal critics of the IORP II directive, campaigning strongly against the holistic balance sheet concept and the introduction of delegated acts.

It also pushed back at the German government’s initial proposal for implementing IORP II, which it claimed would have pushed pension funds towards an insurance-type framework similar to Solvency II. It voiced hope last month that the final legislation had relaxed these requirements.

Overall, requirements for providers will increase “significantly”, according to Michael Hoppstädter, managing director of consultancy Longial.

Ireland has missed the deadline for implementing IORP II.

The Department of Employment and Social Protection has said the necessary legislation is “at an advanced stage” but no date has been set, despite implementation forming large part of the government’s pension reform plans, set out last year.

The delays have caused serious concern throughout the country’s pension fund industry, as IORP II is expected to have a profound impact on many aspects of scheme operations.

The Pensions Authority, Ireland’s regulator, has published guidance for trustees detailing the new requirements that the EU rules will bring in, including “fit and proper” tests for trustees, written policies on key areas of risk management and outsourced services, and minimum standards for communication with members.

Roma Burke, partner and actuary at LCP in Ireland, warned that these changes to the Irish rulebook would require “significant effort”.

“This will probably go above and beyond what most trustees are used to, and we’d expect significant costs for trustees to comply,” she told IPE.

The Irish Association of Pension Funds has called for an exemption from IORP II rules for pension funds with 100 members or fewer until suitable consolidation options become available.

There is a specific provision in IORP II allowing this, but until the government finalises legislation the regulator is unable to provide full guidance to schemes.

The impact of IORP II on Dutch pension funds is expected to be small. However, at a conference in December, regulator De Nederlandsche Bank (DNB) offered schemes help with appointing key staff to oversee audit, actuarial and risk management matters.

Gisella van Vollenhoven, DNB’s director for pension fund supervision, indicated that large pension funds would place the important positions within their own administrative functions, whereas it was likely that board members would take on these tasks at smaller schemes.

She said the watchdog was ready to provide advice, explaining that the support would depend on pension funds’ structure, governing bodies and scale.

However, the government has moved to introduce a separate solvency requirement for occupational schemes similar to the rules for insurers – a move that was resisted at a European level during IORP II’s development.

Espen Kløw, secretary general of the Norwegian Association of Pension Funds, told IPE last year: “The capital requirement is both unfortunate and unnecessary, and it is in conflict with the regulation in Europe, IORP II.”

The government in Bucharest wants use IORP II legislation to create a voluntary occupational second pillar alongside the mandatory second pillar, which has acted more as an addition to the state pension system.

Employers will be given the right to set up a pension plan for their employees via a fund manager. Contributions will be voluntary and limited to €400 per year.

No further details of these new plans are available yet as the draft must be finalised by the government and parliament in their respective sessions this month. However, opposition parties have announced plans to challenge these new pension funds, claiming they are unconstitutional.

The Swedish pension market is in a state of flux owing to regulatory change, with smaller providers struggling to meet the costs of adapting to IORP II.

A prime example is AI Pension, the SEK7.9bn (€756m) industry scheme for architects and engineers.

Falling active membership and changes to insurance premiums were already putting the fund under pressure before IORP II came along. The cost of hiring staff to meet the directive’s requirements meant it had to seek a sale – it was taken over by Skandia in September 2018.

Pension providers asked the government for an additional transition period of up to three years to adapt to the changes “in order for insurance companies to be able to make decisions and gain knowledge of more detailed business conditions”.

Governance requirements were made law in the UK in October last year. The Pensions Regulator (TPR) will consult on a code of conduct this year, and put it into effect from 2020.

The Department for Work and Pensions (DWP) also made changes to the rules for cross-border schemes in accordance with IORP II.

However, rules regarding annual benefit statements have yet to be implemented, with other domestic pension work overtaking it.

Tony Bacon, senior consultant at LCP, has warned that the DWP risked falling foul of the European Commission if it had not implemented the directive properly – although with the UK’s departure from the EU imminent, it is unclear how much authority the Commission would have.